A Holy Show by Janet Moran 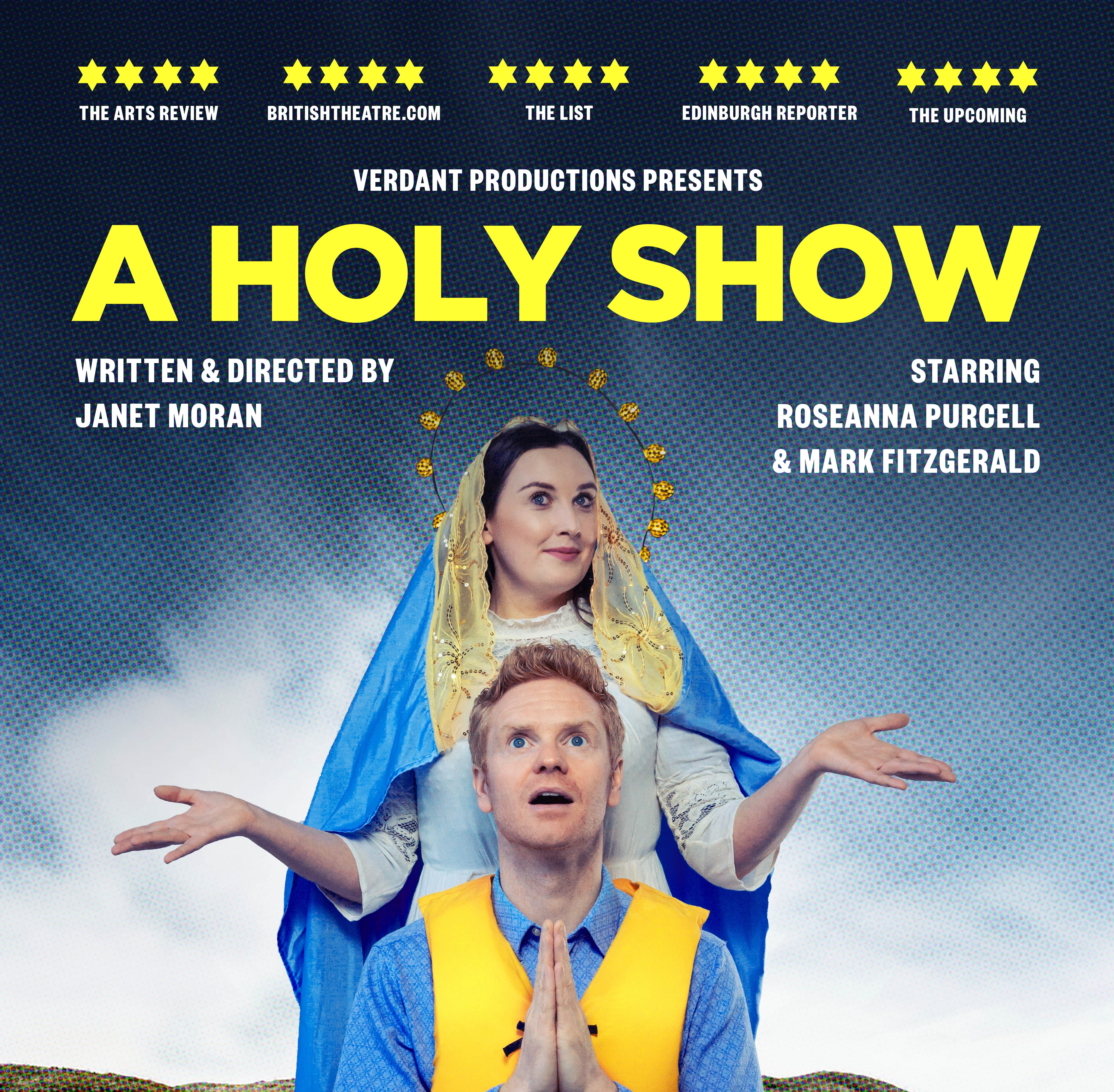 A Holy Show by Janet Moran

on Tour in Ireland from Thursday 23rd January 202

A new comedy based on the 1981 hijacking of an Aer Lingus plane, by an ex-Trappist monk, with a bottle of water as his weapon, the Pope as his nemesis, and a burning desire to know The Third Secret of Fatima. A nostalgic comedy based on a very Irish hijacking

Actress Janet Moran is stepping off the stage and going behind the scenes as writer and director of brand new comedy ‘A Holy Show’ – a play based on the 1981 hijacking of an Aer Lingus flight.

‘A Holy Show’ takes us back to 1981 and brings us on board the ill-fated Aer Lingus flight EI 164 from Dublin to London. The show follows the passengers and crew as this most Irish of hijackings unfolds – carried out by an ex-Trappist monk with a bottle of holy water as his weapon and a burning desire to know the Third Secret of Fatima.

‘A Holy Show’ marks Janet Moran’s solo writing and directing debut. Based on the incredible story of the hijacking, the show throws light on Ireland’s relationship with religious faith through warmth and humour.

Janet says she hopes audiences will find comedy as well as some moments to reflect on: “I want to make people laugh but to also challenge their ideas about religion and its place in civil society.”

Step on the plane with us and experience this most Irish of hijackings. There’ll be music, nostalgia, heroism, praying, visions, romance (maybe) sex (maybe) a special appearance by Our Lady (definitely). There’ll even be a miracle. I swear.

This wonderful production is high energy and takes audiences on a whirl wind of a comic journey with both actors playing multiple characters at breakneck speed. The sharp, insightful script delivers a laugh a minute alongside a revealing and probing understanding of faith in Ireland, both in the 80’s and today.

Supported by The Arts Council

Gloriously comic and unexpectedly thoughtful show….A Holy Show is, among other things, a time capsule of an earlier Ireland, that illuminates the distance between the past and its certainties, and the uncertain present. it’s funny, wise and expertly performed. Like Flight 164 itself, it carries you off to places you didn’t think it would go.   The List  ✭✭✭✭

Airplane meets Hall’s Pictorial Weekly …deeply enjoyable and impeccable performances… have you cracking a rib with laughter…. Only in Ireland could you get a hijacking this ridiculous. Or this hilarious. Or this much fun.  The Arts Review ✭✭✭✭

this is a very funny script that really really entertained the audience who lapped up this original piece of work. This was performed with pin-point perfection Edinburgh Reporter   ✭✭✭✭

Janet Moran’s production deserves nothing less than admiration… injecting her own brand of heart and humour, she puts a truly imaginative spin on this nostalgic real-life adaptation.

The characters are well-written… which showcase a remarkable versatility…. they tease out both laughter and genuinely moving moments from the script    The Upcoming    ✭✭✭✭

Ennis and Moy are a dream team, and Moran has said that she managed to get the two best actors she knows for her writing debut. They physically inhabit each new character at breakneck speed making each one completely believable and unique. There is also an enviable creative team behind the scenes. The audience last night was completely enchanted by the play …Not to be missed. No More Workhorse 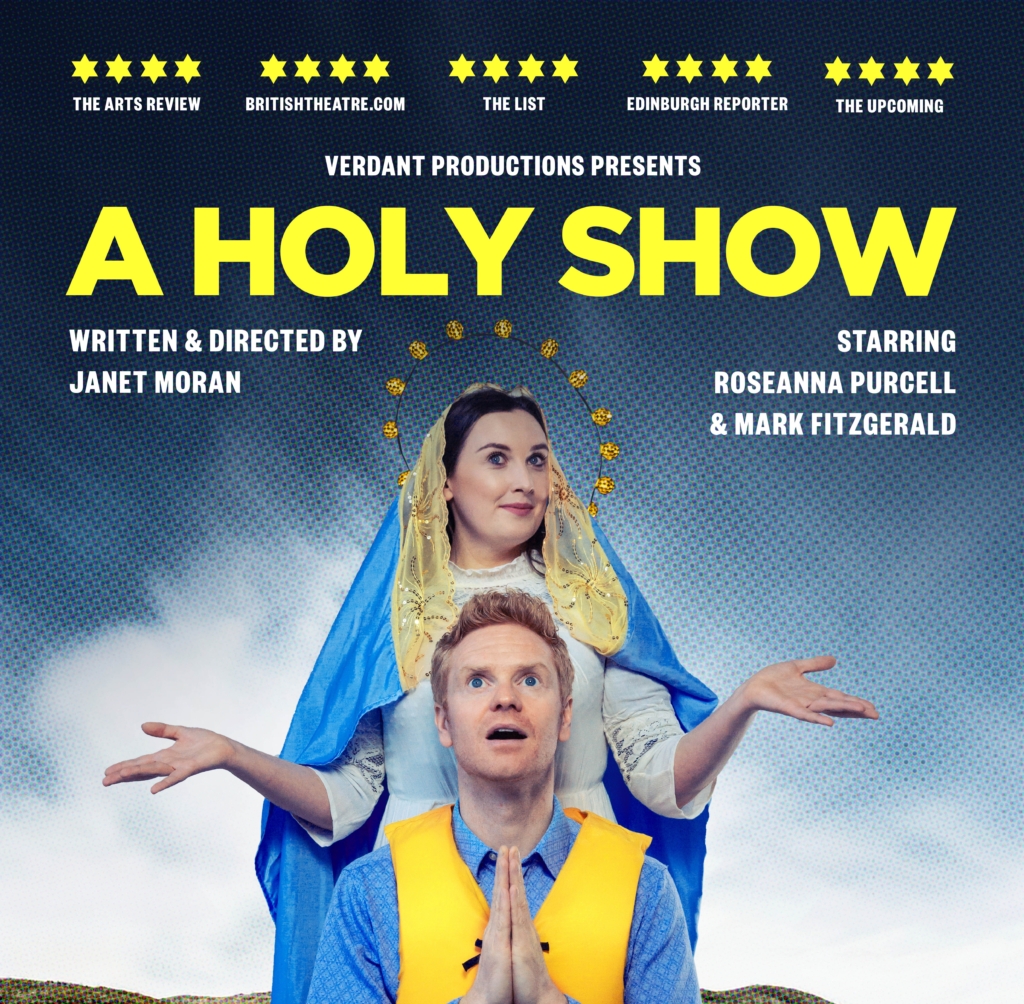 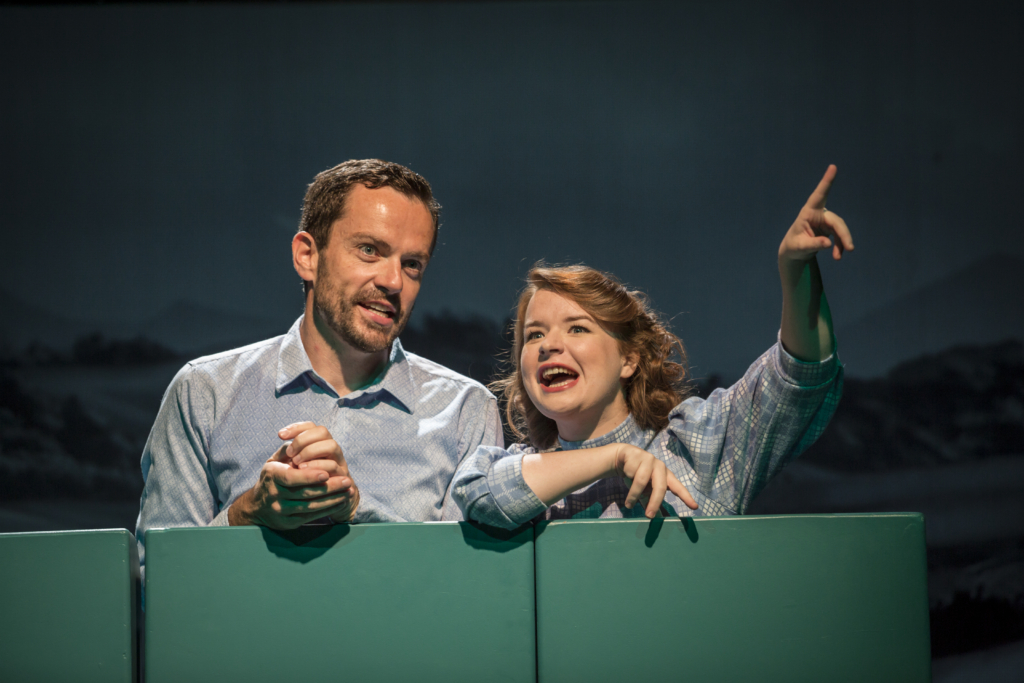