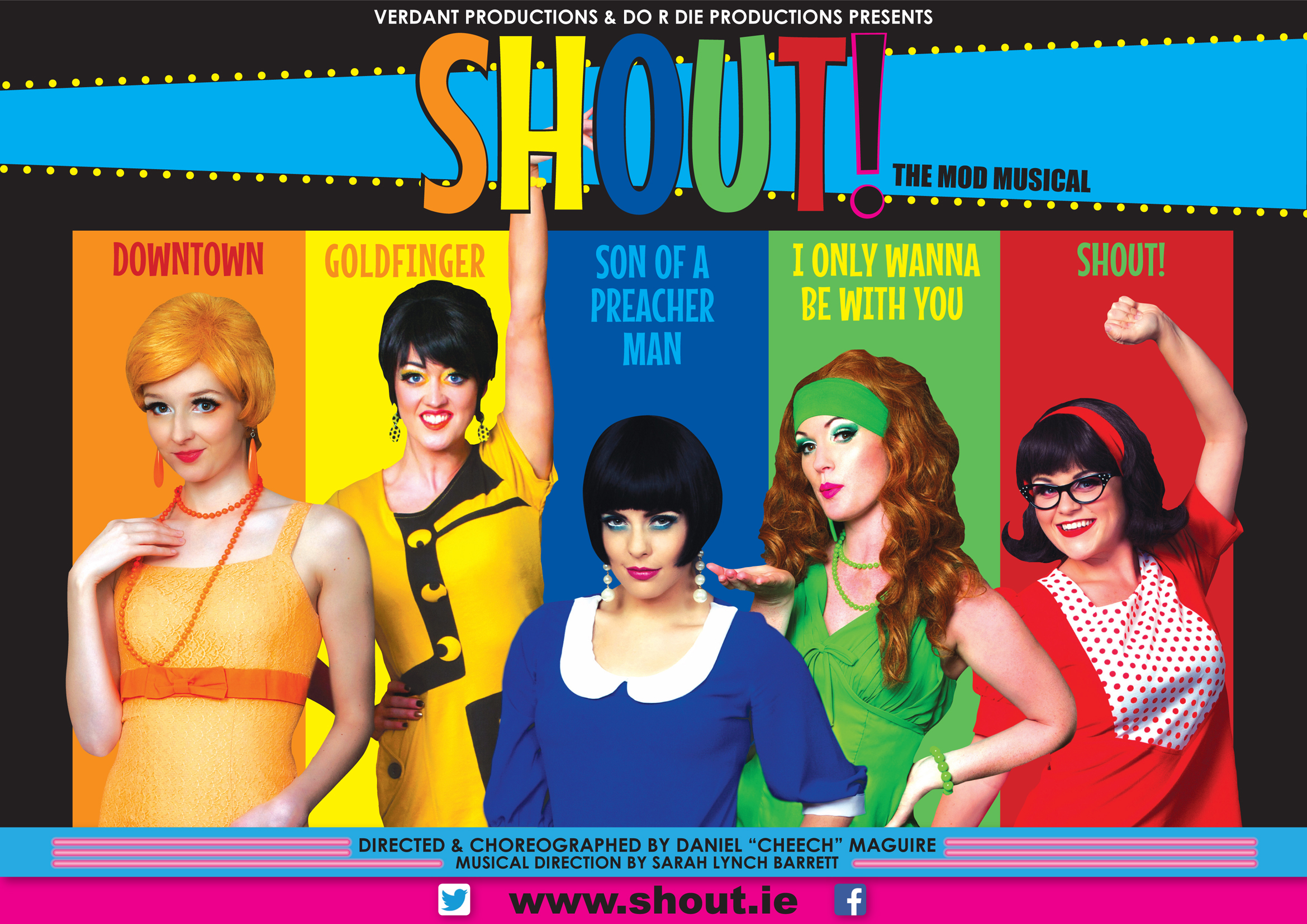 On tour throughout Ireland in May / June 2018

The musical follows five young female subscribers to a fictional magazine called Shout!, “the magazine for the modern woman”, as they come of age during the liberating 1960s that made England swing. From cover to cover, Shout! unfolds like a musical magazine and travels in time through the decade, chronicling the dawn of liberation of women. Just as Dusty Springfield, Petula Clark, Cilla Black and Lulu were independent women with major careers, English (and indeed Irish!) women were redefining themselves in the face of changing attitudes about women. Shout! and its all-female cast reflect that change through the unforgettable music of the era

Shout! contains show stopping new arrangements of classic pop anthems of the decade, including, “Downtown”, “Son of a Preacher Man”, “Goldfinger”, “I Only Wanna Be With You”, “To Sir With Love” and of course, “Shout!”. The songs and each girl’s own unfolding story are tied together by hilarious sound bytes from the period – from 60s advertisements for anything and everything – to lonely hearts letters answered by Shout! magazine’s advice columnist, who thinks each girl’s problem can be solved with a “fetching new hair style and a new shade of lipstick.”

Shout captures all the exuberant innocence, camp melodrama, and soulful heartbreak of the Sixties diva songbook      The Times London

Hits you with a burst of noisy energy, and sheer talent that simply takes your breath away   Whatsonstage.com

If you loved the songs of the 1960s you will thoroughly enjoy performances of songs such as Shout!…. There is a great sense of joy and fun about the whole production …it deserves to be a success