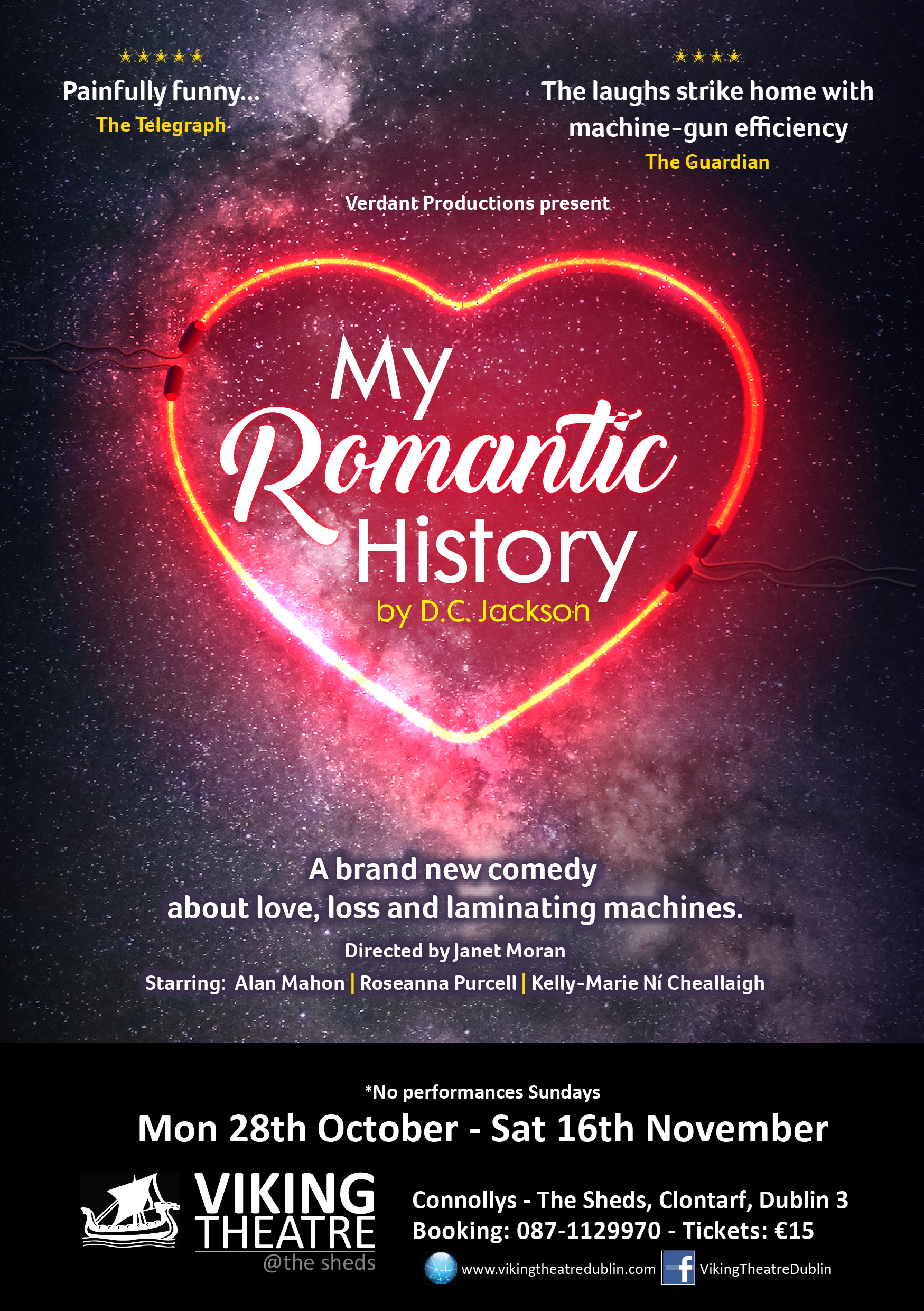 at The Viking Theatre, Clontarf

A brand new comedy about love, loss and laminating machines.

Working in the same office, Tom (the new guy at work) and Amy end up together after a drunken one night stand. They quickly find themselves living in each other’s pockets. However, the ghosts of past relationships still haunt them and begin to interfere with the here and now.

Encouraged by the harmless work mate Sasha, with her hippy tendencies and enthusiastic sermons on her Mooncups from Glastonbury and the joys of Samba Drumming, make her the subject of the office bitchiness.

The writer DC Jackson said, “Office romances are tricky. One moment you’re colleagues, then a quick grope after Friday night drinks and suddenly you’re in a relationship. But it’s not their lack of chemistry that’s the problem: it’s that neither of them can quite get over their childhood sweethearts.”

“If you haven’t met someone by the time you graduate, you’re going to marry some idiot from your work. It’s that simple”

wonderfully illuminating….. a lot of heart and soul…. it could yet prove to be a genuine comic marvel

An illuminating Roseanna Purcell as the unsure Amy turns in a wonderfully nuanced, comic performance… a hugely impressive Kelly-Marie Ní Cheallaigh as the sidekick sunbeam Sasha, alternating between a range of comic characters with ease and confidence.       The Arts Review

I haven’t laughed so much in a theatre in a long time. And that is the absolute truth….

you really should go and see it.    British Theatre Guide

Sparkling with witty dialogue and constant narrative musings, it dashes along, flinging out ideas and one-liners like an alcohol-fuelled singleton out on the lash     The Arts Desk

“This is 90 minutes with which you should certainly make a date.”   Lyn Gardner, The Guardian 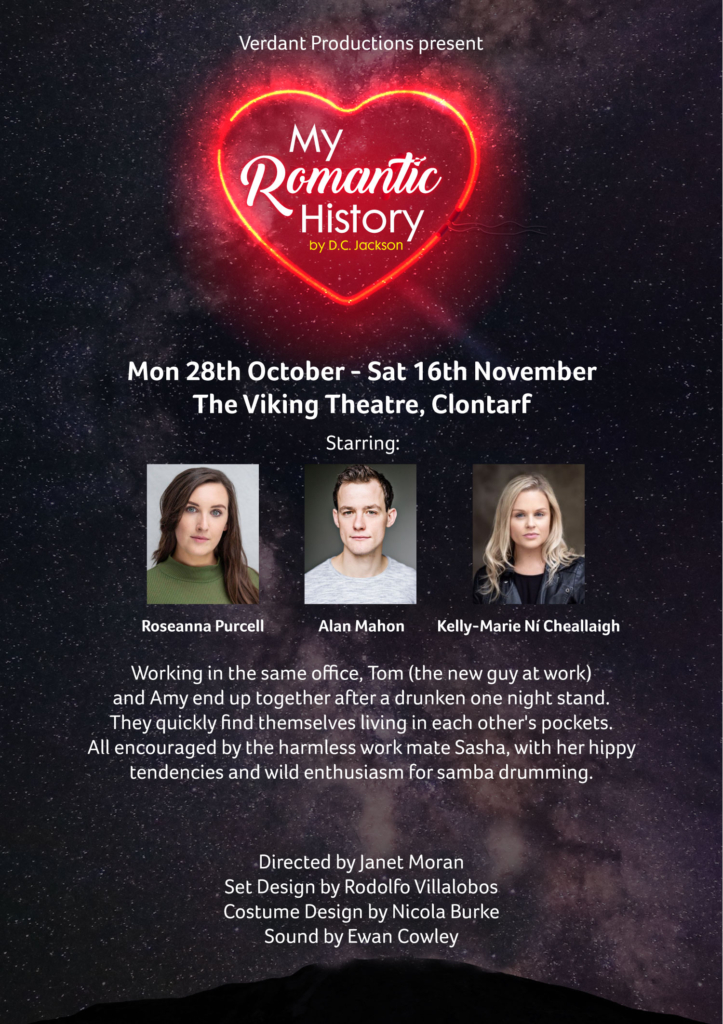 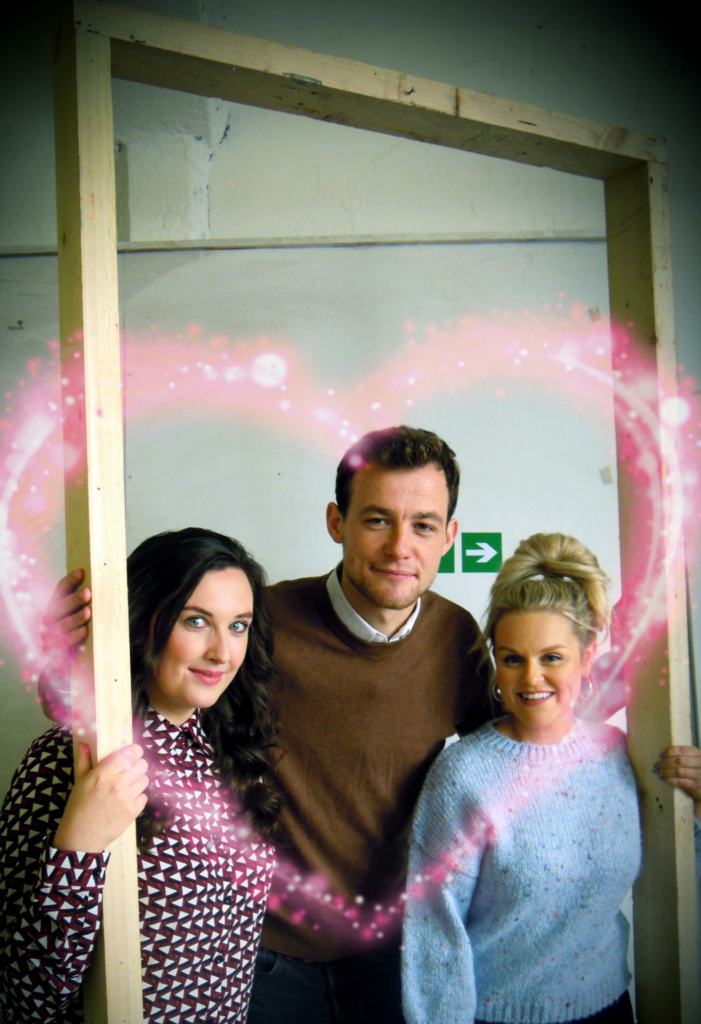